A downloadable game for Windows and macOS

You are an Adventurer!

Well, that's what you told your childhood neighbor and best friend right before hopping on a trade caravan headed to the big city near the mountains. Towards an adventure you were certain you'd never forget.

Maybe even towards your destiny.

That was three months ago, and - according to the innkeep - the big city is on the other side of the mountains. Mountains that are much too dangerous to travel alone, especially without any gear.

Too bad you're alone and you spent your last coin on a bed for the night.

So what's a would-be Adventurer to do? Work at the inn, of course!

This is a demo build for The Inn Crowd: A Story of Food Service, Love, and Monsters.

This demo was made in Ren'Py for a convention. Future builds and the final game will be made in Unity.

So, What is The Inn Crowd?

The Inn Crowd: A Story of Food Service, Love, and Monsters is a fantasy sit-com visual novel told in five parts, each being released as they are completed. The game follows a nameable main character as they work at The Red Herring, a tavern-inn combo seemingly in the middle of nowhere, building friendships with a colorful cast of characters and engaging in wacky hijinks.

The game at its core is a coming-of-age story for not only the main character, but for the people around them as well. While the main character is working at the inn, raising money for the next caravan to take them across the mountains, they will have the opportunity to build meaningful relationships with those around them. Together, they will grow as people and learn more about each other as well as themselves.

The Inn Crowd will feature...

This demo was made using Ren'Py, but the final product will be created with Unity.

Jamie is the lead designer, programmer, and a co-writer.

Zack is the artist, and a co-writer. 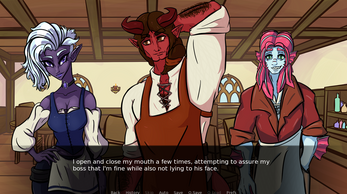 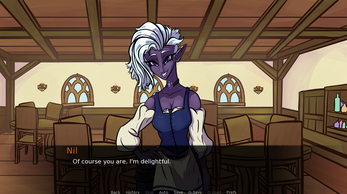 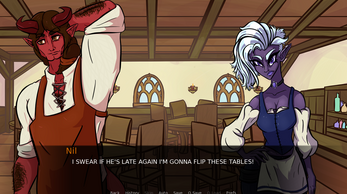 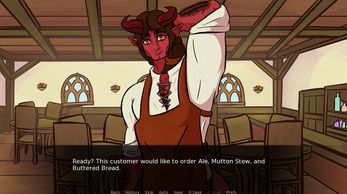 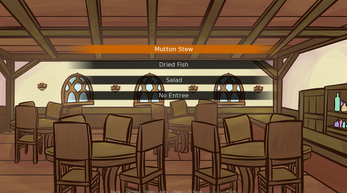